Its travel time! In less than 12 hours from now!

Backpacking to Borneo this time! 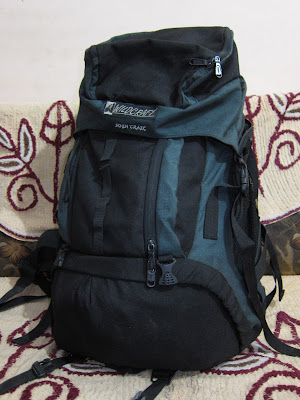 Oldest rain forests on Earth, largest caves in the world, tall peaks such as Mt Kinabalu, amazing flora and fauna… Borneo has it all!

As I had tweeted earlier, my Leh-Ladakh trip went to the dogs courtesy the rain gods and the unfortunate devastation there. I had to quickly make alternative plans. I was thinking of either of these

However, Adarsh had other plans. Borneo! Initially I didn’t give it much thought, especially because I wasn’t interested in an expensive trip. But when he said he had applied for a visa, I started thinking about it seriously. The airfare on Air Asia for both domestic and international was surprisingly cheap. The fact that I could do this 10 day trip in less than 40-45K (INR) was another alluring carrot dangling in front of me. I gave in! Tickets were booked!

Borneo is the old name for the island comprising East Malaysia, Indonesia and Brunei. We are visiting only the Malaysian portion of it.

Here is my 10 day trip itinerary:

And just in case if you are interested, a total of 8 flights cost me 23.4K INR! Air Asia prices are awesome! I only hope the service is decent too. I hope to keep the expenses below 40k (backpacking, staying in dorms, sleeping for a night in the airport, eating cheap stuff, .. you get the picture), but at the same time, not compromise on things that could make for a good trip.

My backpack is packed. Almost all of it is camera equipment. The clothes don’t weigh as much as my lenses! I am carrying my 70-300, 10-24 and 105 VR micro lenses. Along with the SB600 flash and Gitzo tripod/Arca swiss ball head. Climbing Mt. Kinabalu with all this weight is going to be fun… will come back and tell you if I made it or not :-).

My internet access in the next few days is limited. Whenever possible, I might upload a picture or two and post an article maybe. For now… please allow me to drift into dreamland!

Update: Want to know how my trip went? Read the posts below.

6 thoughts on “Backpacking in Borneo-1: Prologue”